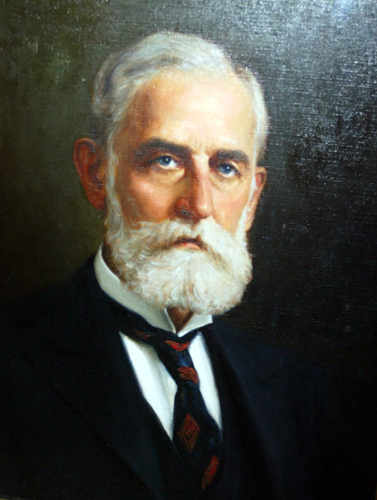 Mr. John Dryden introduced industrial life insurance into America and brought it to wide acceptance as a major social and economic device. This constituted a new concept of family financing planning and brought life insurance within the financial reach of all people.

He witnessed the financial despair of the post-Civil War America, which contributed to low wages, frequent unemployment, and frequent failing of financial institutions holding entrusted savings. His study of the industrial insurance system, introduced in England in 1854, convinced him of the need for and practicality of a "poor man’s life insurance company." Despite government opposition and a public attitude hostile to insurance, he founded in 1873 The Widows and Orphans Friendly Society. This became the Prudential Insurance Company of America in 1877. He remained the guiding genius of the company for 36 years.

Along with weekly premium insurance, Dryden introduced into America the debit system of collecting premiums at the home of the insured. This system helped keep policies in force during difficult economic times and tended to educate broad masses of people to the value of life insurance.

He led the insurance business in introducing liberalization of industrial policies and in extending new benefits by concession to the holders of older policies. His insistence on sharing corporate profits with policyholders led to the eventual mutualization of the company.

An articulate spokesman for the life insurance business, he also served his country as a Untied States Senator.